San Francisco, April 29, 2020 — JFrog, the Universal DevOps technology leader known for enabling Liquid Software via continuous software release flows, today announced it has added three independent members to its Board of Directors. The new Board members, Jessica Neal, Elisa Steele and Barry Zwarenstein, have all supported fast-growing companies scale through significant corporate milestones and are key additions to the JFrog team, helping advise the company’s leadership on its continued path of growth. 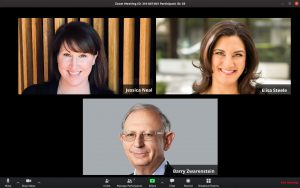 Thus far in 2020, JFrog has continued to build strong momentum as a leader in the DevOps software market. The company boosts the world’s Digital Transformation efforts by providing DevOps solutions to over 5,600 customers and millions of developers around the globe.

“We’re excited to join pioneers and leaders from the tech industry and proud to welcome Elisa, Jessica, and Barry to JFrog’s Board of Directors,” said Shlomi Ben Haim, JFrog’s co-founder and CEO. “Their strong experience, especially in building global SaaS businesses across software emerging markets, will be extremely valuable as JFrog continues to grow and support the world’s digital transformation through DevOps.”

Jessica Neal currently serves as the CHRO of Netflix (NASDAQ: NFLX), and previously served on the Board of the Association for Talent Development. She has also worked as head of human resources at the online learning platform Coursera, and as Chief People Officer for the mobile gaming company Scopely.

“Joining the Board of JFrog is an immense honor,” said Jessica Neal. “Bridging the gap between technology and people is key to the future of all industries, and JFrog is positioned well for immediate and ongoing success. I look forward to participating in that journey.”

Elisa Steele served as CEO of Namely and Jive Software, and currently is the chair of the board of directors for Cornerstone OnDemand (NASDAQ:CSOD) and Namely; and also serves on the boards of Procore Technologies and Splunk (NASDAQ:SPLK). She has also held executive positions for Microsoft, Skype, Yahoo! and NetApp.

“I strongly believe in the future of JFrog and their innovative universal, end-to-end DevOps platform,” said Elisa Steele. “I am thrilled to serve on the Board of this amazing company and support the global employees who are incredibly committed to the company and the success of our customers.”

Barry Zwarenstein is the Chief Financial Officer of Five9 (NASDAQ: FIVN), a publicly-traded leader of cloud-based contact center technology. Mr. Zwarenstein managed the company’s successful IPO in 2014 and served as interim CEO from the end of 2017 to May 2018. Zwarenstein, a veteran CFO and leader in the financial industry also served as CFO at VeriFone (NYSE: PAY), SMART Modular Technologies (NASDAQ: SMOD) and Logitech (NASDAQ: LOGI) and guided the companies through successful IPOs. Mr. Zwarenstein has also served as the Audit Committee Chair on the board of DealerTrack Technologies. 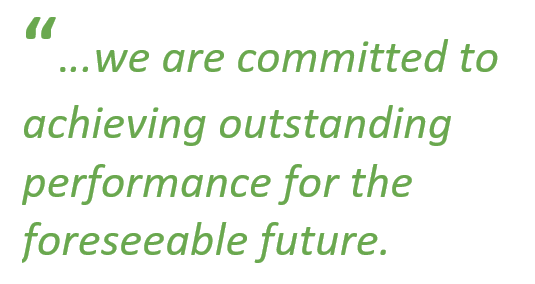 “JFrog is an excellent company with innovative tools that drive the DevOps industry, and I am excited to be a part of the Board,” said Barry Zwarenstein. “I believe between the Board and the management team, we are committed to achieving outstanding performance for the foreseeable future.”

Ben Haim added: “We conducted an exhaustive search for proven leaders with a wealth of operational field experience in public companies who would further strengthen our Board, and I’m delighted to have identified such outstanding individuals that not only fit the caliber we were after but also align with JFrog’s DNA. The DevOps market will benefit from their experience as we fulfill our Liquid Software vision.”

About JFrog
The interactive, digital experience of the modern world is constantly improved through software updates. Software updates are constantly delivered by JFrog. We’re on a Liquid Software mission to power all the software updates in the world by enabling developers to code applications that flow – like liquid – to end-users securely and without downtime. As a leading universal, highly available enterprise DevOps platform, the JFrog Platform empowers customers with trusted and expedited software releases from code-to-production. Growing rapidly, JFrog is trusted by more than 5,600 enterprises across all industries, and top global brands depend on JFrog to revolutionize their software build-to-delivery processes. Some JFrog products are available as open-source, with all commercial subscriptions available both self-managed and in the cloud on AWS, Microsoft Azure, and Google Cloud Platform. JFrog is privately held with offices across North America, Europe, and Asia. Learn more at jfrog.com.